The ‘lost pinup girl’ was named Hilda. She was considered controversial, and was the creation of artist, Duane Bryers.

Duane Bryers (1911-2011) was an American illustrator, artist, sculptor and created pinup artist. He was known for his watercolours of playful female pinups, but remains most famous for his reoccurring artwork of Hilda.

Hilda was not like all the other typical 1950s pinup girls as she was plump, messy, carefree and lots of fun! Hilda was painted in many similar scenarios as her thinner pin ups, but she appeared to have a great sense of humour.

Hilda was a pin up that represented a plus size lady, comparable to the traditional skinny pinup girls! She was relatable as she seemed full of fun, energy, adventure, and a keenness for the outdoors. A girl you could relate to and would love to be friends with.

Her popularity grew and she appeared in many calendars from the mid 1950s to the 1980s. However, in recent times Hilda’s popularity has been lost. 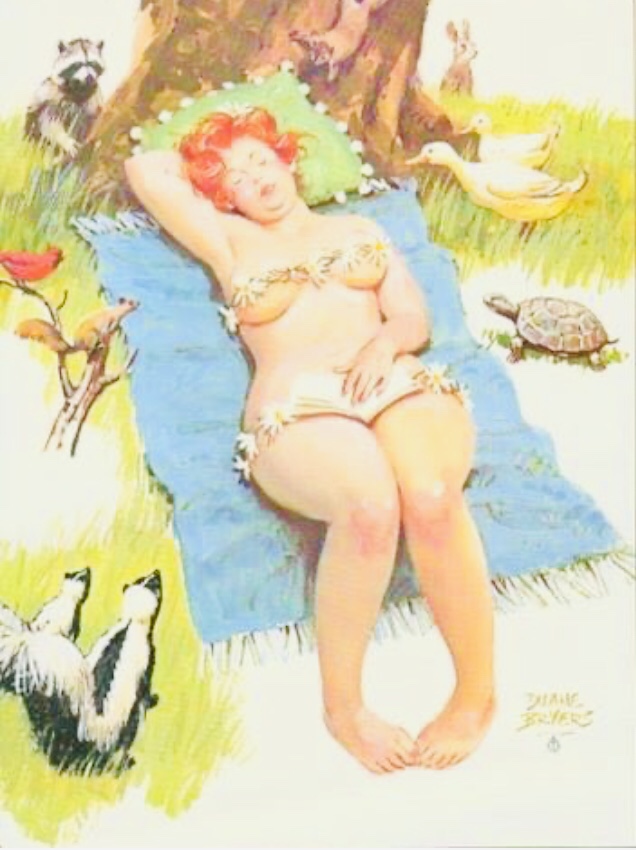 Hilda embraces life and does not let inhibitions or mindless views of body image get in the way of her enjoying life! 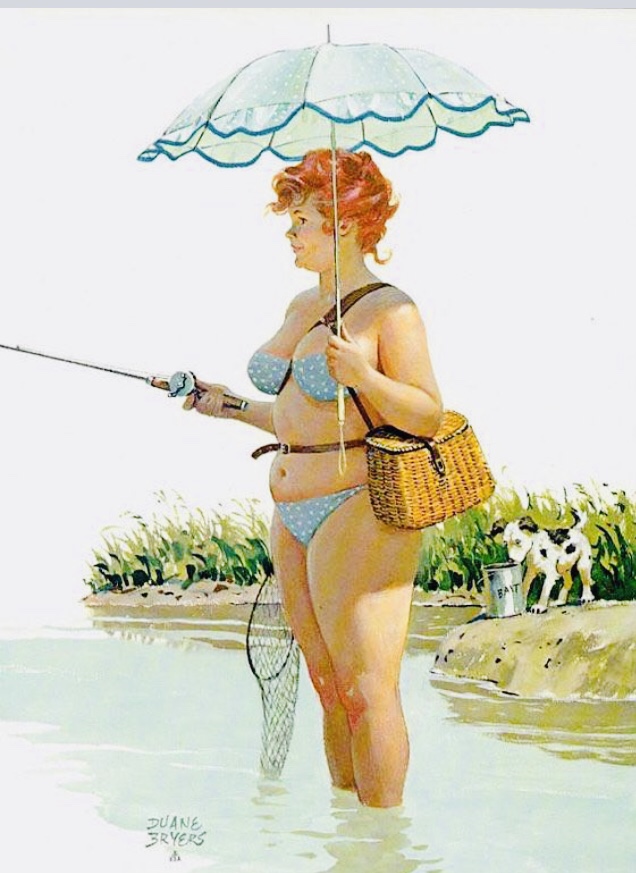 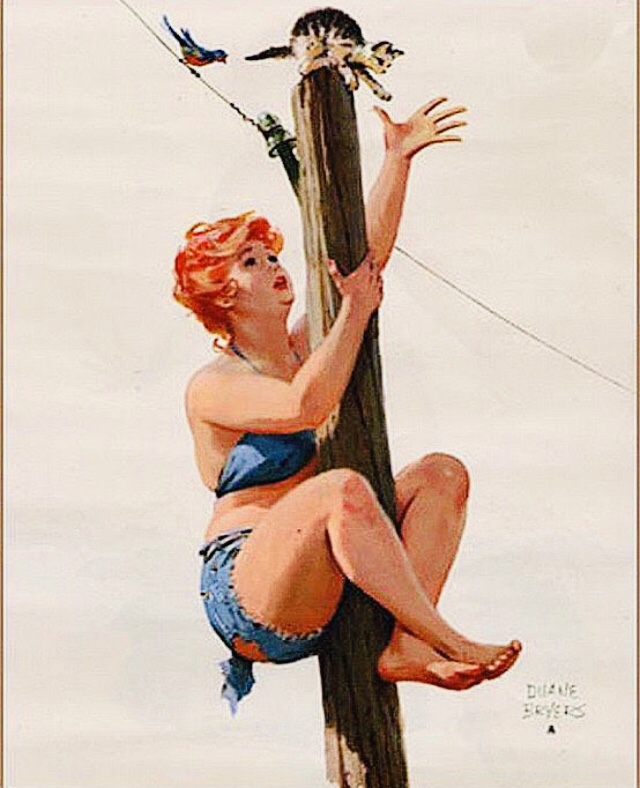 In a world where women come in all shapes and sizes, we should all learn to love and embrace our bodies and not compare ourselves to others. I believe Hilda is a real role model. Women should learn to love themselves and just learn to focus their time and energy on enjoying themselves in their wonderful lives!

Hopefully we can all learn from Hilda and just enjoy life and embrace and love our bodies the way they are. Below are a few more images of pin up Hilda enjoying her life. 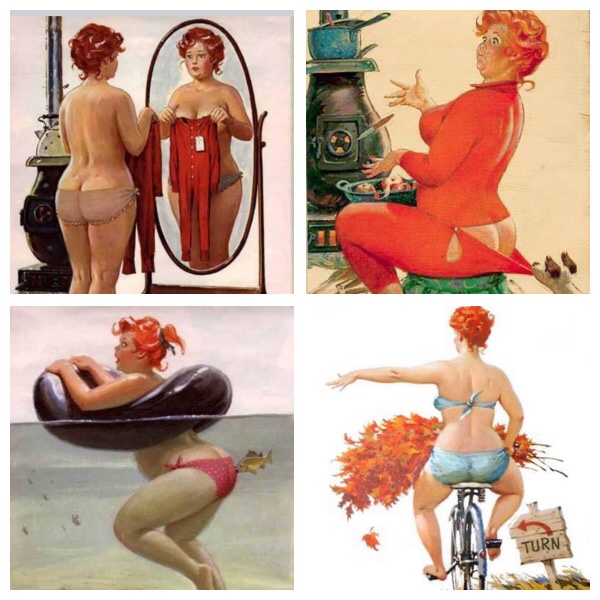 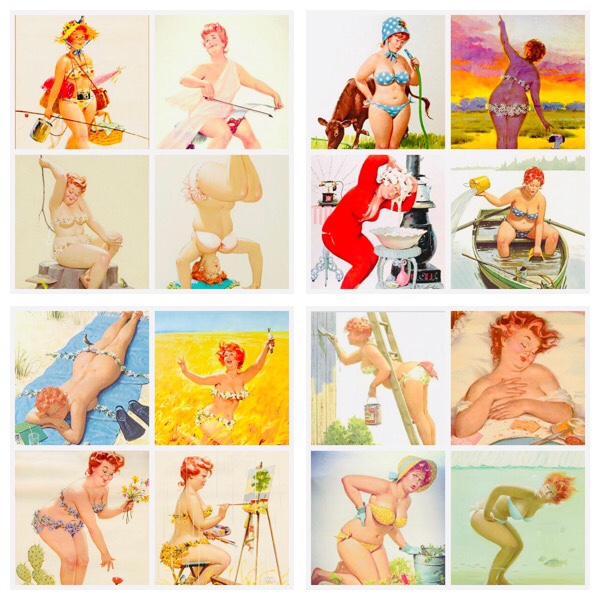