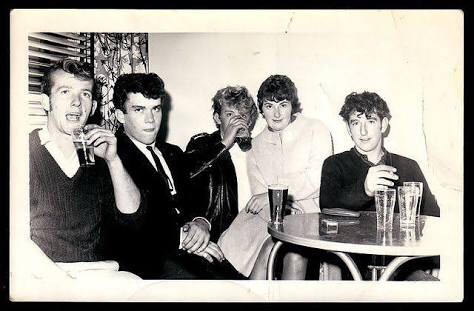 I was talking to my Mother and she began to tell me about the Bodgies and Widgies youth culture from the 1950s. My dad was a Bodgie and she was a Widgie. It sounded really interesting so I had to investigate it further. 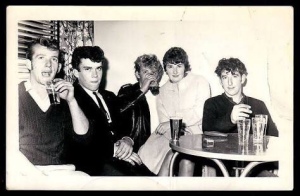 The males were known as Bodgies. They grew their hair long and wore satin shirts. Pink was commonly worn by Bodgies, despite still being seen as feminine. Often their attire included very long keychains and later, included moccasins and American drape suits with pegged pants. James Dean was a major style influence who inspired the Bodgie fashion. Typically working class, their interests included alcohol, girls, music and cars.

The females were known as Widgies. They cut their hair short and wore jeans, tight slacks, 3/4 length pants or dresses and bobby socks if they went out, like to a dance. 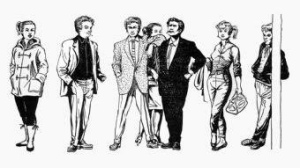 Many in society resisted the Bodgies and Widgies and this created tensions through the generations. The older generations felt the young dressed in strange new clothes and jive-danced to loud music, rejecting the values of their parents generation. This triggered moral panic in Australian society. Police seemed to crackdown on these youths and it sparked numerous exaggerated headlines. 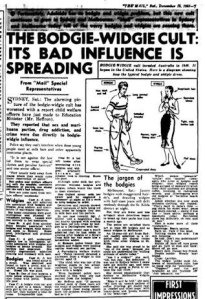 There were different names for the Aussie Bodgies, some called them Teddy Boys, Rockers, Cafe Racers, Greasers or bikies.

There was often rivalries between the Bodgies and other subcultures like mods, surfies and skin heads.

Many grew out of it, but some didn’t.

How interesting would it be to step back in time and witness this generation!